http://www.sinarharian.com.my/politik/8-kawasan-parlimen-dikenal-pasti-kerusi-panas-1.152228
Posted by Pak Ngah: at 16:12

manifesto from BN and DAP

yeah,though i always cried ‘say no to BN’,i’m being fair here not to display only the manifesto of the opposition but of BN too. read and see for yourself.
(taken from malaysiakini - including photos)
———————————— The ruling Barisan Nasional is going all out to woo voters this time round,complete with a spanking new election website and an unconventional manifesto.

Drums were beating when top BN leaders entered the hall to a rousing applause from 500 party supporters who packed the Putra World Trade Centre auditorium in Kuala Lumpur.

Their election campaign slogan ‘security,peace,prosperity’was displayed in the backdrop.

The manifesto also carries the progress report from the past four years showcasing what the ruling coalition has done and what it aims to achieve.

This is a stark contrast from previous manifesto –entitled ‘excellence,glory,distinction’–that only presented the aims and promises by the party.

Prime Minister Abdullah Ahmad Badawi in his speech stressed that the public vote should go to BN based on the economic achievements by the government by giving statistics and figures.

"Our economy grew by 6.3 percent in 2007. The best it has performed since 2004,our fiscal deficit was brought down to 3.2 percent of the gross domestic product,international trade crossed the RM1 trillion mark,some 1.3 million job opportunities (were created),our stock market hit an all time high and five strategic development corridors were launched,"he said.

"We made many promises in the last elections and we have fulfilled them all,"he asserted to cheers and applause.

According to the manifesto,there is still unfinished business for the ruling coalition.

"For example,our fight against corruption and crime is ongoing. Be assured that Barisan Nasional will not be left wanting in our commitment to finish this fight.

Abdullah scoffed that the opposition would be incapable of doing the same if elected into power.

He was flanked by his deputy,Najib Abdul Razak and other party leaders when he launched the BN election website,bn2008.org.my,which has a downloadable copy of the manifesto.

The 24-page manifesto shows the progress report on the left and promises on the right focusing on economy,balanced development,education,law and order,welfare,public service,corruption and governance as well as religion and foreign policy. 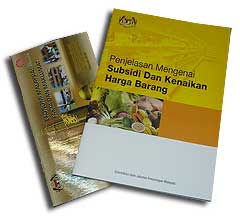 The manifesto is accompanied by several documents including a booklet explaining how subsidies work and why the price of goods rise.

The bright yellow booklet,which is printed by the Information Ministry,will be given to the public.

"We want to spread the word as wide as possible,"Abdullah said about the manifesto and its sister documents before stressing that the past is the best way to gauge which party is best to lead the nation.

* Cushion the effects of rising prices

* Follow through on five development corridors to bring equitable growth,investment and job opportunities to all parts of Malaysia

* Eradicate hardcore poverty. Bring poverty rated down to 2.8 percent by 2010

* Continue to make national schools the school of choice by,among others,explaining the teaching of Mandarin and Tamil

* Safeguard the position of national-type schools

* Bring down the country’s crime index

* Address the issue of illegal immigrants

* Speed up implementation of e-government initiatives

* Complete overhaul of all land offices and district offices

* Speed up issuance of licences and permits

* Continue to enforce anti-corruption measures without fear or favour

* Strengthen monitoring and enforcement by agencies such as the ACA,Customs,Inland Revenue and local authorities
* Establish an effective Special Complaints Commission
* Continue to foster a culture of integrity and high ethical
standards through the National Integrity Plan

* Facilitate construction,consolidation and relocation of all places of worship via state government mechanism,coordinated at federal level,that will protect the interests of all communities.

* Increase dialogue on interfaith issues through the Department of National Unity and National Integration
* Improve unity programmes,especially in schools and institutions of higher learning

* Continue to play an active,principled and impartial role in international affairs

* Contribute towards a development agenda for the world’s poorest countries

Safer streets,better living standards,quality education,healthy environment,cleaner water and transparent government –these are some of DAP’s promises should it be elected government.

Among others,the party promised a number of goodies including a bonus of up to RM6,000 per family for households earning RM6,000 or less per annum if the party wins the elections.

DAP secretary-general Lim Guan Eng,who launched the manifesto at the party’s Penang headquarters,said the RM35 billion to be paid out as bonus would come from the RM70 billion profit of the national oil corporation,Petronas.

"Petroleum money is people’s money. We will distribute and share the country’s oil revenue with all citizens?"he told reporters at the launching.

Lim said the Barisan Nasional government had wasted the country’s oil revenue on misplaced priorities such as mega-projects and spending wastefully on so-called trade missions overseas.

"Mega-projects were carried out to benefit the elite few while trade missions looked more like international visits to popular destinations. All these wasteful projects and tours were carried out with the people’s money,"Lim said.

He also said that the DAP would make provisions for the availability of safe and affordable water in sufficient quantity.

It would ensure that 100,000 police personnel were deployed to patrol the streets to reduce crime and eliminate the drug menace,he said.

As for education,it promised to make a global search for top academics to lead the country’s institutions of higher learning and increase salaries to attract and retain the best lecturers and teachers. The DAP national manifesto also promised that a BA federal government would ensure all Malaysians,irrespective of their ethnicity and religious background,have equal access to free and quality education,economic opportunities and employment in civil service.

The manifesto mentioned that the Malaysian crime index has risen by a record 45 per cent between 2003 and 2007 with violent crimes increasing by 119 percent.

Rising prices have also made difficult with an increase by more than 20 percent,a far cry from the BN government’s lie of two percent hike.

Corruption has worsened under the premiership of Umno president and Prime Minster Abdullah Badawi since he took over the reigns in 2003 from his predecessor and now his fierce critic Dr Mahathir Mohamad.

Abdullah’s leadership said the manifesto had been tainted by mega scandals such as the RM4.6 billion Port Klang Free Trade Zone Scandal.

"We will exhaust all ways and means to control the escalating inflation rate,regularise all places of worship,safeguard religious and cultural interests,benefits and rights of all,"said the DAP secretary-general,who will spearhead the Penang DAP electoral campaign.

The manifesto said that a Barisan Alternatif government will take all steps to provide stronger security to Malaysians from crime and other anti-national elements,create a better living environment,promote gender equality and youth empowerment,and,mostly importantly,repeal the Internal Security Act,Official Secrets Act and other similar oppressive laws.

"We will surely set up the Independent Police Complaints and Misconduct Commission,"he said.

Lim added that if BA was to form the government,it would support a stronger opposition to provide an effective check and balances in the government. 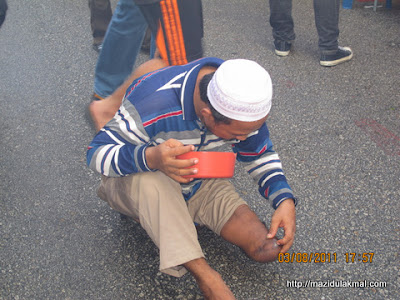 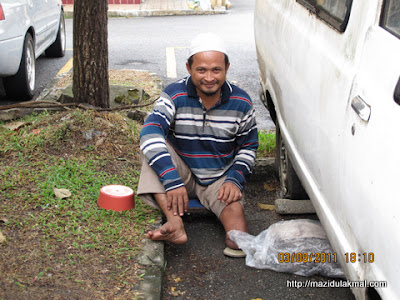 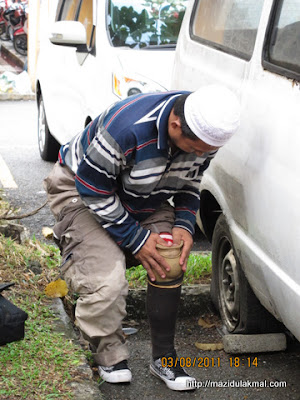 Important link to the case: http://en.wikipedia.org/wiki/Murder_of_Shaariibuugiin_Altantuyaa